Twitter isn’t the only platform going through changes in November. TikTok, Instagram, and YouTube have some exciting new features for creators. Meanwhile, Facebook has a very questionable update that could damage one of the few unique things it has going. 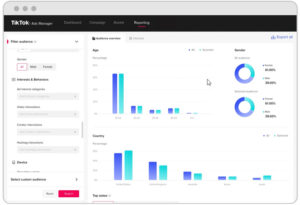 TikTok has released an extremely exciting new update: Audience Insights. Available for TikTok Ads, Audience Insights have the potential to offer a wealth of knowledge to help better inform your ad campaigns. With this update, advertisers can learn about users’ behaviors, interests, and demographics. Advertisers can also break down users’ interactions by hashtags, creators, and engagement, allowing advertisers to create specialized campaigns and implement audience segmentation. 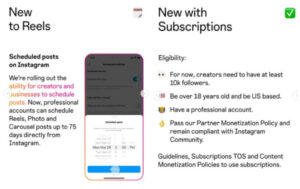 Instagram has two new exciting updates this month. First, Instagram is rolling out a feature that will be accessible to all users with a professional account that will give them the ability to schedule posts. Although scheduling posts has been available in the creator studio, allowing users to schedule posts within the app can greatly streamline your reel workflow.

The algorithm rewards creating videos in-app and using Instagram’s effects and sounds. Still, if you’re a busy social media manager running multiple accounts, it can be an extra headache to set reminders for yourself to make sure you post on time.

This update has been long overdue and will surely be put to great use by many businesses.

The second update is a new avenue for creators to make an income. By offering subscriptions, users with 10K or more followers can offer exclusive content, similar to the Patreon model. The subscription fee can range from $0.99 to $99.99 per month. It sounds like Instagram is finally listening to and supporting creators. 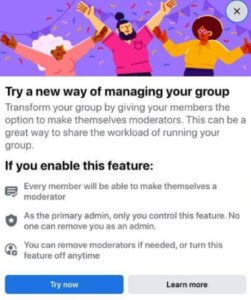 Facebook has made a very questionable decision that may negatively impact one of its best features: Groups

No other social media platform, except for maybe the daunting Discord, has been able to replicate Facebook Groups.

Their new update would let group owners allow any member to make themselves a moderator… which would mean there is no moderation. And people are rightfully concerned.

Perhaps for smaller groups, such as work or casual friend groups, this may be a good way to help spread the workload, as is their apparent reasoning for this update.

However, with larger groups, this could lead to a lot of problems. The very people who need to be moderated could become moderators. People with prejudices could exercise control over members of disenfranchised groups. The jury is out on whether this will be a helpful change. 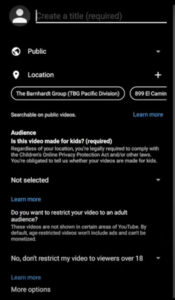 YouTube is now expanding its livestream capabilities with its ‘Go Live Together’ feature, allowing users to invite guests to their live stream.

While this is a great new expansion for YouTube, they’re still behind Instagram and TikTok, which allow three and five users, respectively.

In addition, the feature will allow the host channel to roll ads before, during, and after the stream. Finally, the feature lets users join the stream privately before going live, allowing for a pre-show check-in. YouTube says this feature will eventually allow accounts with as few as 50 subscribers to access this new feature. 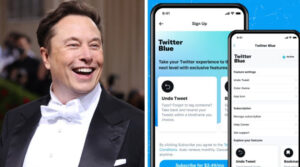 Where, oh where, do we begin with Twitter? According to Elon Musk, there have been no changes to Twitter’s moderation policies. The massive layoffs and the Twitter security team’s resignation have put more people on edge, and rightfully so, given the recently exposed bug that shows Twitter ingested sensitive credit card information without encryption. Granted, this will probably only affect small business rather than large brands. Meanwhile, his inconsistent stances on “comedy” continue to run amok as parody accounts are suspended.

As of now, people will not have to pay to use the platform, as Musk has rolled back charging accounts $8 for a blue-check verification mark. However, Twitter Blue, which has been renamed “Blue Verified”, is slated to return on November 29 according to a recent tweet from the Chief Twit himself. To read more about how Musk has jeopardized Twitter’s brand safety, read our special Brand Rewind edition on his Twitter takeover.

We understand that deciding which social media platforms to utilize for your business and creating data-driven campaigns and content that deliver results can be difficult. We offer free 30-minute free consultations for enterprise-level companies. Click here to schedule time with us. We love to help!

June 11, 2022
Manage Cookie Consent
This website uses cookies to improve your experience. We'll assume your ok with this, but you can opt-out if you wish.
Manage options Manage services Manage vendors Read more about these purposes
Preferences
{title} {title} {title}