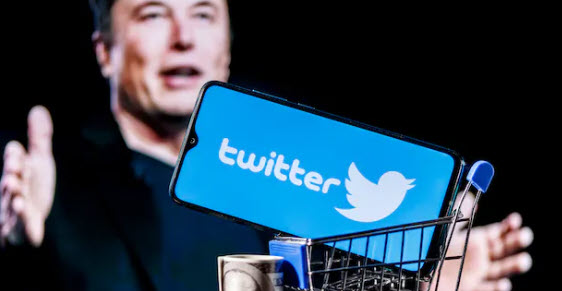 In April 2022, I wrote about “Elon’s Showdown With the Twitterverse” and discussed Elon’s ambitions to purchase Twitter and his plans for the platform. In the article, I explained how Elon claimed his goal in purchasing Twitter was not for profit but to help it achieve its “societal imperative and be a platform for free speech around the world.” I also stressed that while free speech is a good ideal to strive for, “all things in moderation.” Apparently, Elon didn’t read my article.

As a conqueror makes his first foray into newly conquered land, Elon strolled into Twitter headquarters, sharing a video of himself carrying a kitchen sink, with the caption “Entering Twitter HQ- let that sink in.”

Now, nearly a week after Elon finally took the reins of Twitter, purchasing it for $44B, we are beginning to see his goals in action. The SEC confirmed the purchase of Twitter in this filing on Oct 28, 2022, and since then, he has delisted the platform from the New York Stock Exchange.

On day one of ownership, Musk fired several top executives and required all Twitter employees to return to the office. A few days later, he suggested charging Twitter users for Twitter Blue Check Verification – starting with $20, and after backlash, it has since moved to $8. He disguised the move as a “Have and Have Not” play, offering those who are part of the “lords & peasants” structure an opportunity to buy their way into a check mark.

On top of further job cuts, he’s also suggesting charging Governments and corporations who use the platform to improve the company’s bottom line. But his ambition isn’t for profit?

Let’s get real for a moment. A for-profit corporation is only in business “to make money,” a CEO that says he’s not in it for the money, must be a liar or a twit, and he already claimed the role of “Chief Twit.” Furthermore, a large part of what makes a corporation successful is if its profits exceed its losses year over year, so I have to call BS on that.

Elon wouldn’t have posted this letter to advertisers if profitability wasn’t a concern. The tweet likely came after GM announced it would pause its advertising on Twitter to “evaluate Twitter’s new direction,”; a direction that seems as uncertain as Twitter’s future. GM is the largest automaker in the United States, and their “pause” speaks volumes.

Advertising accounted for 92% of Twitter’s revenue in Q2 2022, so it’s easy to see how the wrong move by the platform will create a disastrous domino effect. If more brands follow in GM’s footsteps, it will mark the failure of yet another social media platform. If so, let’s hope it goes the way of MySpace instead of Orkut. Anyone remember that platform?

But this sheds new light on why he’d want to charge users who want Twitter Blue verification a small fee. Get enough of them, and it may help offset the expected loss of advertising revenue to a small degree. However, if we look at Twitter’s profitability historically, they haven’t been profitable since 2019. So, clearly, profitability has not been a priority prior to Elon’s reign.

We will have to wait and see if more brands put their ads on “pause”, but I predict there will be, considering Twitter trolls have already jumped on testing Elon’s leniency on free speech. Just check out my colleagues’ story on that.

But let me help you understand why Twitter will fail unless they get content moderation right. It can be summed up in two words – “Brand Safety”. As a marketer, you must know that brand safety is paramount when advertising on social media platforms and even on streaming services like Hulu or Amazon Prime. So for Elon to promise “free speech” for all and in the same breath say that he also intends to make Twitter a “warm and welcoming” environment – again, I call BS.

This week, over 40 justice and media watchdog groups signed a letter urging Top Twitter advertisers to insist that Elon adhere to brand-protecting community safety rules. In addition, companies like HBO and Amazon are being called upon to push Elon to maintain content moderation or suspend their ads on the platform. Musk tweeted that he will form a “content moderation council with widely diverse viewpoints,” but what good that will do remains to be seen. But if I look at current state of things, they’ve got their work cut out for them. Good luck!

To add to this, Musk plans to decrease the platforms’ reliance on ad revenue and create other revenue streams. It is a tall order when 92% of your revenue comes from ads, unless the goal is to allow the house of cards to implode from within and rebuild from its ashes. Which, candidly, is definitely a strategy I see Elon taking.

As wonderful as the letter to advertisers was, if Elon does not ensure that advertisers are safe on the platform, they will go away. Posts must be moderated for racism, sexism, transphobia, death threats, etc. While we know people can be idiots on social media, Twitter still needs to ban legal speech when it crosses the line. If not, advertisers will take their money elsewhere, and rightly so.

Most people have no desire to go into a cesspool and spend their time wading through racist, sexist, or intimidating comments. They want to connect, share ideas, feel validated and seen. All this equates to MODERATION – the opposite of what Musk wants to do.

“Those who do not remember the past are condemned to repeat it.”

That is a quote by George Santayana that is appropriate for this #BrandRewind moment. Every social media platform and every “alternative” social network had to learn this lesson. Unfortunately, some had to learn it the hard way, over and over, and over again.

So while Musk made electric cars cool, successfully launched, orbited, and recovered a spacecraft, and sold high-end tequila and flame throwers, he cannot get around moderation and be successful.

But, that’s just my opinion. I’ll keep my Twitter fingers ready, eagerly waiting to see how this all turns out!

Barika Phillips Bell is the co-founder of the award winning company,  B3 Media Solutions, a social media research, listening (search & social), analytics, data visualization, and reporting agency. She has over 15+ years experience within social media on both the brand and agency side.

What Is BeReal and Why Is TikTok Copying It?

September 26, 2022
Manage Cookie Consent
This website uses cookies to improve your experience. We'll assume your ok with this, but you can opt-out if you wish.
Manage options Manage services Manage vendors Read more about these purposes
Preferences
{title} {title} {title}