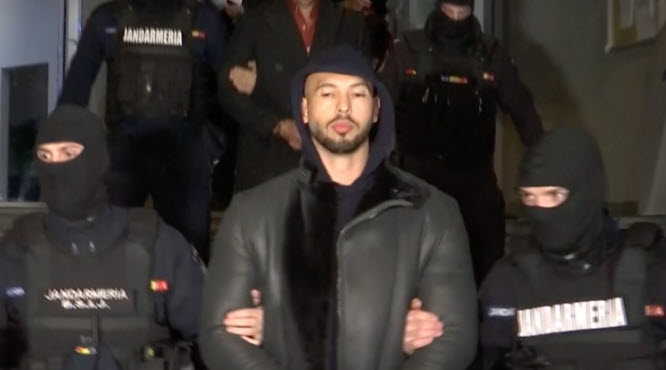 Who is Andrew Tate? The Dark Side Social Media Radicalization

You’ve probably heard of kickboxer turned social media influencer turned suspected human trafficker Andrew Tate. On Nov. 17th, under Elon Musk’s changes, Tate’s Twitter account was reinstated after being banned in 2017 for a Tweet saying that women bare some responsibility when they are sexually assaulted. His reinstatement led to a back-and-forth with climate change activist Greta Thurnberg leading to the infamous “pizza box” video, which many believed helped the Romanian police arrest him on December 29th. (The Romanian police refute this).

Who is Andrew Tate? 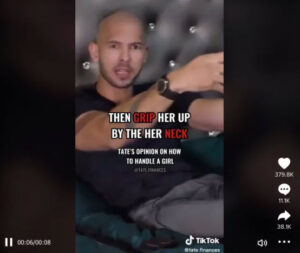 Why is Andrew Tate Dangerous?

Tate, whose primary fanbase is young boys, promotes what is called “the manosphere”. The manosphere is a subsection of the internet and social media platforms that promotes misogynistic ideals, such as men’s right to be dominant and powerful, entitlement to female attraction, anti-woman and hateful rhetoric generally, and even violence against women. Groups such as incels and Men’s Rights Activists are a part of this subculture.

A study done by the organization HOPE Not Hate in 2020 found that 50% of males between 16 and 24 years old believe that feminism is hindering their ability to succeed. So much so that teachers, especially female teachers, are having difficulties teaching about gender equality.

Did Social Media Platforms Do Enough to Stop Andrew Tate?

While Tate may be banned from Instagram, Facebook, TikTok, and YouTube, many feel he is a topic that still needs to be addressed in the classroom due to his long-lasting impression. Despite his social media bans, his content still continues to flourish on social media platforms. #AndrewTate on TikTok had over 14.6 billion views in August of 2022 alone. What’s more, is that his school, Hustler’s University, which claims to teach men and boys how to become millionaires, uses affiliate marketing, essentially paying “students” to reshare and promote Tate’s content.

Tate may be banned from social media sites, but his content is still easily accessible. While writing this, he is currently not banned from Rumble, a video site that is self-proclaimed to be “immune to cancel culture”, or Twitch. 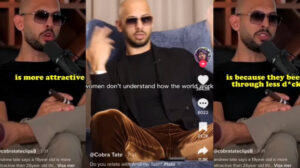 Before Meta banned Tate, he had over 4.7 million Instagram followers. Before Google removed his YouTube channels, he had over a million subscribers.

Before TikTok removed his account, he had 11.6 billion views. On his TikTok, Tate talked about grooming or “imprinting on” teenage girls, glorified domestic violence, and regularly spewed anti-women hate speech, all of which violate TikTok’s community guidelines. Yet, it took online petitions for TikTok to finally take action against Tate’s account.

However, TikTok didn’t ban copycat accounts. #tate and #andrewtate still have videos, albeit fewer now, showing Tate in a positive, even reverential, light. What is especially dangerous about the copycat content, as well as the affiliate marketing mentioned earlier, is how quickly the algorithms can push hate-filled content into a user’s feed.

More studies are coming to light about how dangerous algorithms can be, especially for youth. One study found that liking or interacting with accounts that promote transphobia can quickly turn a user’s TikTok FYP page into extremist content. A different study showed that merely inputting demographics data into a TikTok profile as a 13 year-old-boy, without liking or searching for anything, caused the algorithm to show misogynistic and hateful content, including Tate’s content pre-ban. A third study found that YouTube’s “watch next” algorithm loves to push increasingly bigoted and sexist videos after a user finds “the red pill” or the first step into the manosphere.

Social media can do wonderful and amazing things. We’ve seen how people used social media to support Ukraine, spread information about the Missing and Murdered Indigenous Women’s movement, and are currently helping to amplify voices in Iran. Social media, at its core, is about connection, building community, learning, and being entertained.

There is a dark side to social media that needs to be addressed, and it’s time for social media platforms to step up.

Tags: social media
Manage Cookie Consent
This website uses cookies to improve your experience. We'll assume your ok with this, but you can opt-out if you wish.
Manage options Manage services Manage vendors Read more about these purposes
Preferences
{title} {title} {title}