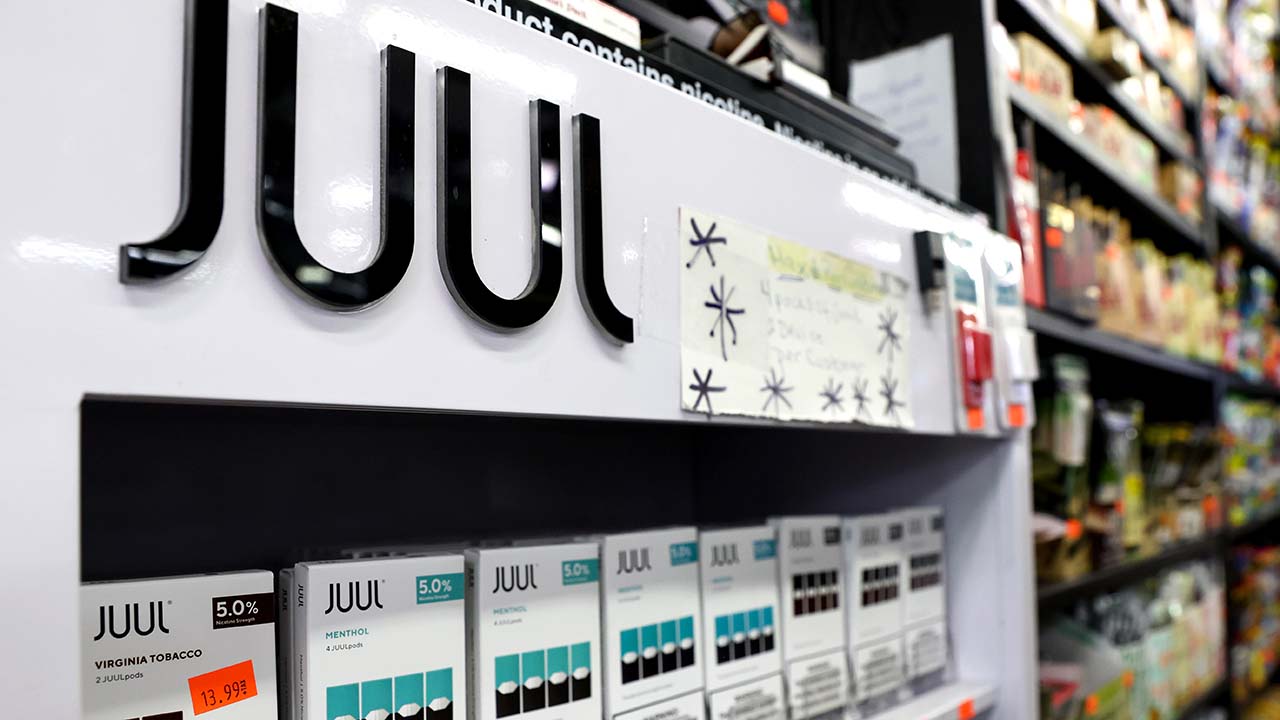 LOS ANGELES, CALIFORNIA - JUNE 22: Packages of Juul e-cigarettes are displayed for sale in the Brazil Outlet shop on June 22, 2022 in Los Angeles, California. The Food and Drug Administration (FDA) is reportedly preparing to order Juul Labs Inc. to remove its e-cigarette products from the U.S. market. (Photo by Mario Tama/Getty Images)

Juul’s entire customer proposition was about saving lives; it clearly did the opposite and is finally paying for it. E-Cigarette maker, Juul Labs, has opted to pay almost $440 million to settle the two-year investigation by 33 states after being accused of being the catalyst for a national surge in teen vaping. The settlement total amounts to about 25% of Juul’s U.S. sales of $1.9 billion last year. For more details on this story, read here.

The Connecticut Attorney General announced the details of the arrangement, which will also force Juul to adhere to specific marketing and sales practices. The most important of which include abstaining from showing anyone younger than 35 in its marketing content for social media, film, or billboards to sell Juul products. Juul also had to agree to never again fund school education programs. (In 2018, Juul sponsored a summer camp in Baltimore, among half a dozen other initiatives that came to a halt that same year.)

Juul’s latest lawsuit settlement will be paid over six to ten years. However, the brand is embroiled in thousands of lawsuits and settlements, including cases from nine different attorney generals.

The smoke from this vape company still fumes on, miraculously, as countless published studies have shown how addicting vape products are. Studies have even shown how Juul pod ingredients have caused several serious health problems, including lung disease. In general, tobacco companies have known the consequences of their products for decades. However, Juul continued to market to youth in an effort to keep a steady flow of customers; using tactics like promoting kid friend flavors, purchasing ad space on Nickelodeon, Cartoon Network, Seventeen magazine, and other educational student sites. Just from these actions alone it is easy to see how Juul targeted children.

In 2020, AG Maura Healy from Massachusetts brought a lawsuit against Juul. In that case, she demonstrated over a dozen ways Juul illegally marketed, advertised, and sold nicotine products to underage children in the state. Matthew Myers, president of Campaign for Tobacco-Free Kids, commented, “What is remarkable is the extent to which a single company drove this train and the extent to which the decisions of that company were knowing, conscious and intentional with disregard for the health and safety of our kids.”

Juul vehemently rejects claims that its marketing was focused on children and maintains its position that its sole goal is to help adult smokers transition to a “safer option.” However, as a marketer, I can see through the smoke. You are responsible for selecting your target audience. Your job is to learn everything about them – whom they admire, what music they like, or where they hang out online. Then, you analyze demographic and psychographic data to come up with a marketing and advertising strategy. So excuse me if I am not buying yet another corporation’s excuse for their unconscionable marketing practices.

At the end of the day, our children are one of the most important assets we have, and it is good to see lawmakers stepping in to protect them. However, I am under no illusion that a settlement of that magnitude will stop children from vaping. Hopefully, Juul and similar brands will take note and apply these learnings to their future marketing practices. For better or worse, companies must be held accountable for the products and services they market. Even though Juul stated it has since shifted its focus to “older smokers,” you reap what you sow, and this is just one example of their misdeeds coming home to roost.

March 9, 2022
Manage Cookie Consent
This website uses cookies to improve your experience. We'll assume your ok with this, but you can opt-out if you wish.
Manage options Manage services Manage vendors Read more about these purposes
Preferences
{title} {title} {title}