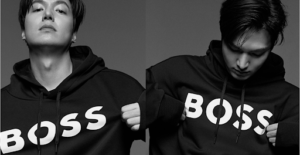 Fashion lovers everywhere were impressed and engaged with Hugo Boss’ reboot of the brand, done as part of its new growth strategy. The impressive global campaign gained coverage of 1.9 billion impressions and 75 million engagements across social media in 1-day; a record-breaking result for the brand.

In an effort to maintain relevance with younger generations, Hugo Boss’ growth plan splits the brand into two – Hugo and Boss – where Boss targets millennials and Hugo is focused on Gen Z, understandably.

Due to the split, Hugo Boss kicked off the brand refresh with two social campaigns – #BeYourOwnBoss and #HowDoYouHugo, and a star-studded lineup that included Kendall Jenner, Hailey Bieber, Joan Small, Future, and many more. They even threw in TikTok star – Khaby Lame and dancer Maddie Ziegler for good measure.

By leading with two focused big-budget social campaigns, Hugo Boss quickly captured the attention of their target audiences (Millennials and GenZ) while revealing its new identity for the two new brands. Additionally, the campaign bolstered their competitive rankings across all of their digital channels by reaching and connecting with younger audiences.

Despite the overwhelming success of the campaigns, let’s look at one additional area that the brand could have capitalized on to help build long-term brand loyalty. 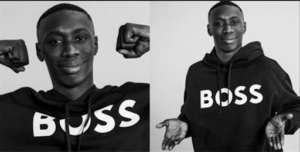 TikTok star and influencer, Khaby Lame, was brought in to help increase Hugo Boss’ social presence as well as to help the brand speak to a younger audience, as described by Daniel Grieder, CEO of Hugo Boss. Grieder explains that Khaby is the “embodiment of what a BOSS stands for today. ” The backstory is that Khaby worked as a factory laborer in Italy in 2020 and then reinvented himself as the 2nd largest TikTok influencer in the world.

This storyline works well with the #BeYourOwnBoss campaign message: you can be anything you want to be.

Transactionally, this collaboration works well for the brand and makes sense. It increases their social presence, speaks directly to their target audience, en masse. However, for many 25-40-year-olds, Lame’s story is an aberration, not the norm. Many fans commented on this specific aspect on social media, “they can’t relate to his story”.

When targeting millennials, a multi-layered approach, particularly for Hugo Boss’ campaign, would have given the brand an opportunity to combine the aspirational aspect of Khaby Lame’s story with real-life “everyday bosses”. This type of execution would have provided the brand with tons of UGC stories from “everyday bosses” – the innovative small business owners, the health care workers, the tech-savvy teachers, or the community changemakers.

Stories like this add to the richness of an already successful campaign and extend the legs of the campaign beyond the initial hit. It also helps Boss build a community around these “Bosses” that they can tap into regularly through owned and earned media tactics.

What Brands Can Learn From This

While the initial heat of the two Boss campaigns has subsided, it’s not too late for a tactic like this to be adopted and layered into an already successful campaign. But for brands that can’t afford an impressive lineup of top-tier TikTokkers and celebrities, incorporating the use of a long-term content marketing strategy is completely possible.

Keep in mind, your success may not be record-breaking as Hugo Boss’ when using smaller influencers or even incorporating UGC. However, brands that have a product or service that is in demand, coupled with a strong campaign message or value proposition that consumers can get behind and is relatable, as well as customers who are open to sharing their experiences about the brand, can also achieve success. All while simultaneously curating a community of consumers who help advocate for your brand over time.

October 5, 2022
Manage Cookie Consent
This website uses cookies to improve your experience. We'll assume your ok with this, but you can opt-out if you wish.
Manage options Manage services Manage vendors Read more about these purposes
Preferences
{title} {title} {title}