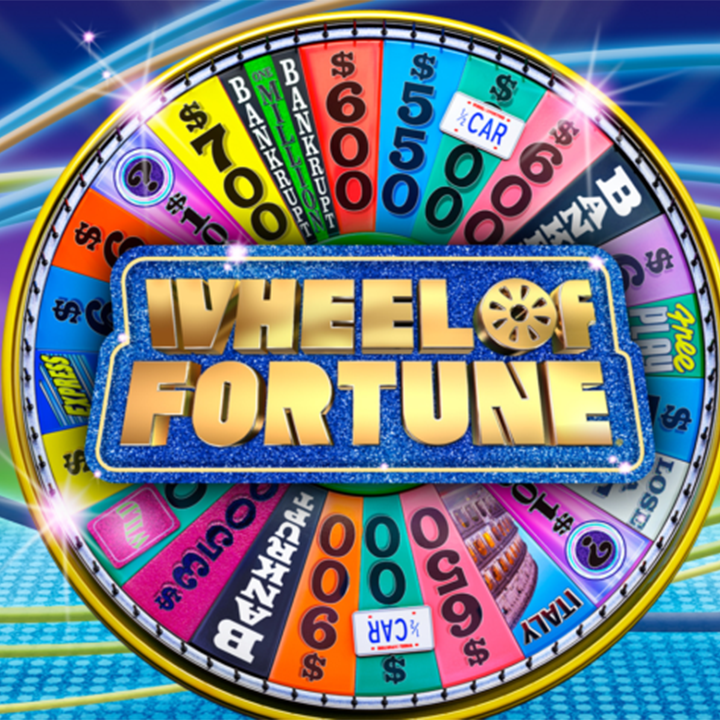 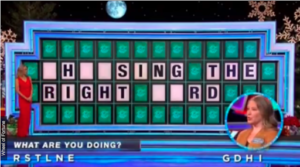 Whether you’re a Wheel of Fortune fan or were just watching with your parents at home during the holidays, you might have caught this particular episode. WOF contestant, Charlene Rubush, was robbed of a new Audi Q3 because she paused for five seconds while giving her answer. Many viewers voiced their disappointment with the decision and a few even threatened to boycott the show. All this, over a technicality.

Here’s a quick rundown of what happened:

Unfortunately, Pat Sajak took matters into his own hands and said the phrase needed to be “more continuous to count”. WHATTTTT! He went on to reveal the prize was a brand new Audi Q3 SUV. Obviously, Charlene was heartbroken.

Fans and media outlets flexed their Twitter fingers on the platform to complain about the outcome. Even Jeopardy all-star, Alex Jacob, had to weigh in on the mishap. 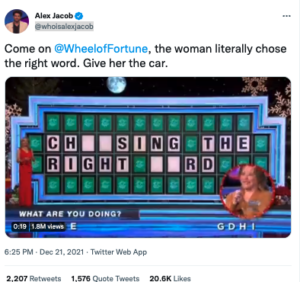 Thankfully, Audi’s social media manager wasn’t asleep on the job. In what can only be a testament to the good use of #socialistening, the brand saw the influx of tweets and news buzz around the incident with the hashtag #GiveHerTheQ3 trending. Agreeing with the fans, Audi swiftly posted “You’re a winner in our eyes, Charlene. Now, let’s get you a prize. Time to #GiveHerTheQ3”.

This isn’t the first time Wheel of Fortune has had to endure fan backlash over rules, as they had another controversial incident happen in November 2021. Although Wheel of Fortune clearly ‘Lost A Turn’ with this last move, for Audi, it was a no-brainer. Taking advantage of the conversation on social by listening to fans and taking quick action to rectify the problem was not only a good PR move, but it also endeared Wheel of Fortune fans to the brand. Wheel of Fortune might want to rethink these “controversial rules” for future show episodes or be forced to deal with the Twitterati at every turn, and they take no prisoners!

Social Listening: What It Is and Why It’s Important

November 9, 2020
Manage Cookie Consent
This website uses cookies to improve your experience. We'll assume your ok with this, but you can opt-out if you wish.
Manage options Manage services Manage vendors Read more about these purposes
Preferences
{title} {title} {title}