If you’ve been following the news or Twitter, you’re probably aware of all the twists and turns this story has seen since Elon decided he was going to buy Twitter, offering $43.5B* for the social platform. Back on April 15th, Twitter’s board of directors even pulled a “poison pill” tactic – a defensive move that offers shareholders the opportunity to buy more company stock at a discount – to discourage the tenacious suitor from upping his stake in the company. But, like a dog with a bone, Musk, will not go quietly into the night.

Speaking of which, last night, he tweeted his most cryptic message yet – “____ is the Night”.

For all you literary buffs out there, you know that this is a direct reference to the novel “Tender is the Night” by F. Scott Fitzgerald. This is his 2nd reference to “Tender” – after tweeting the Elvis Presley song “Love Me Tender” on the 16th.

Of course, those analytical minds are running wild predicting Elon’s next move, inferring his next step would be to give Twitter a ‘tender offer’. A move typically used during hostile takeovers where the potential buyer bypasses a company’s board and goes straight to the public and asks shareholders to sell their stock at a specific price.

While it is fun to follow the ups and downs as the world’s richest man goes toe to toe with Twitter, it is important to examine what it means if Musk wins.

What Does This Mean For the Twitterverse 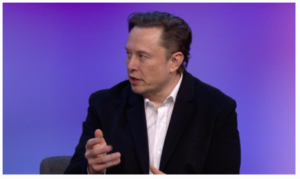 Elon contends that his goal to purchase Twitter is not for profit, but to help the platform achieve its “societal imperative and be a platform for free speech around the world”. After polling his 81 million followers on the topic, he determined that Twitter “needs to be transformed as a private company” and he’s up for the challenge. He added the idea that the underlying code behind the algorithm should also be released on GitHub so that it could be investigated by users.

With a philosophy that believes – “a social media platform’s policies are good if the most extreme 10% on the left and right are equally unhappy”- we should all be wary if Elon succeeds in his takeover of Twitter. Especially because he believes there should be very little content moderation on the platform – “I think we would want to err on the side of, if in doubt, let the speech exist,” he said. And instead of permanent bans, he’d prefer “timeouts”.

Currently, there are 4 major players that dominate social media – YouTube (Alphabet parent of Google), Meta (owner of Facebook, Instagram, and WhatsApp), Twitter, and ByteDance (owner of TikTok). These four companies have enormous potential to shape how people think and feel about anything. From politics and other societal issues, consumers get a large majority of their information and news from their feeds; which is why it is imperative to work with these platforms to ensure content is prudently moderated. From the data scandals to fake news and ads, these companies continue to allow misinformation, hate speech, and harmful content slip through the cracks.

If Twitter is to be taken over by Musk, these necessary reforms are imperative to keep society safe. Hopefully, he’ll take a moment as he plans his #BrandRewind for Twitter and the idea of making it open for everyone to say whatever they want and realize the importance of the adage – “All things in moderation” – and apply it to the Twitterverse.

Is Clubhouse Giving You FOMO? You’re Not Alone

February 10, 2021
Manage Cookie Consent
This website uses cookies to improve your experience. We'll assume your ok with this, but you can opt-out if you wish.
Manage options Manage services Manage vendors Read more about these purposes
Preferences
{title} {title} {title}